It Takes A Village: The role of allies in real inclusion

The past decade has seen a dramatic increase in awareness around diversity and inclusion. Under-represented groups are finding a voice in the public square and the boardroom. But it’s just the beginning.

It’s not enough to give everyone a seat at the table. Often, those who are at a disadvantage have to advocate for themselves—placing additional burdens atop their already heavy load. To effect concrete change at scale, we need more than representation. We need allies.

When those with power and authority in an organization advocate for diversity and inclusion, the results are widespread and significant. Such organizations make better decisions, have a larger talent pool from which to recruit, and reduce the chances of groupthink and bias.

In this session, we’ll look at the role of allies in promoting equality and inclusion. This is especially critical in male-dominated sectors such as technology, as well as those where diverse representation ensures that service delivery works for the most vulnerable and marginalized. We’ll cover: 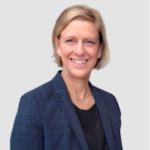 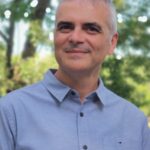