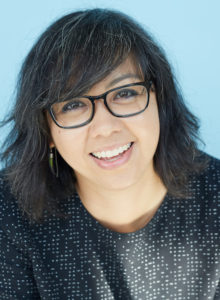 Jacqueline helps organizations build new nervous systems that use tech and data. She’s currently focused on building a coalition of supporters that can together implement and improve the open-source project Digital Transparency in the Public Realm, a communication protocol that enables greater transparency and civic dialogue on the use of digital technologies in the built environment.

Jacqueline is Data Lead at Mozilla Foundation, where she is leading the development and implementation of their data strategy.

Previously, she was Director of Digital Integration at Sidewalk Labs where she was responsible for incorporating innovation objectives, technology policy and data ethics into the company’s approach to urban development projects.

As the inaugural Director of Data Analytics at the New York City Department of Parks & Recreation, she developed the agency’s data strategy, developed the open data program and founded its first data science team. A firm believer in the potential of open data to create new pathways for civic engagement and government innovation, Jacqueline built collaborations between agency staff and civic technologists that enabled the public and community members to develop insights from Parks’ open data sets. Jacqueline also spearheaded the largest participatory street tree mapping project in U.S. history, culminating in a new digital platform for the collaborative management of NYC’s urban forest.

Join us for a nuts-and-bolts discussion on building a data-driven culture in one of the largest public parks systems in the country. In 2015, NYC Parks launched an agency-level Data Analytics initiative to transform the agency’s ability to solve problems and improve operations through the lens of data. Our speakers are Jacqueline Lu,... voir plus