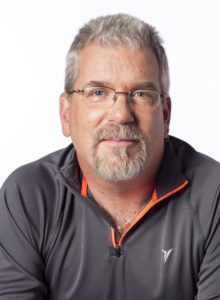 Mathew Ingram is an award-winning journalist who has spent the past two decades writing about business, technology and new media as well as advising media companies on digital strategy. He is currently the chief digital writer for the Columbia Journalism Review, and prior to that he was a senior writer with Fortune magazine, where he wrote about the evolution of media and the Internet. Before joining Fortune, he held a similar position at Gigaom, a leading technology blog network.

Prior to joining Fortune, Mathew spent 15 years as a reporter and columnist at the Globe and Mail, writing about a variety of topics. He was the newspaper’s first online columnist, its first blogger, and in 2008 became the paper’s first social-media editor — one of the first people to hold that position at any major newspaper in North America. He helped develop the paper’s approach to online comments and moderation, launched its Facebook page, and helped writers and editors figure out Twitter.

In addition to the Globe and Fortune, Mathew’s writing has appeared in the New York Times, the Washington Post and the New Zealand Herald, and he has advised media outlets such as the Toronto Star, Post Media and the Canadian Broadcasting Corporation on their digital strategy.

Digital rights in the twenty-first century

Digital Rights have never been important. With our lives lived online, privacy and identity are human rights. Nobody should know more about you than you do. And you should have recourse against digital wrongs.

As a follow-up to his keynote, Ronaldo Lemos is joined by digital provocateur and data expert Annette Hester, and tech... voir plus