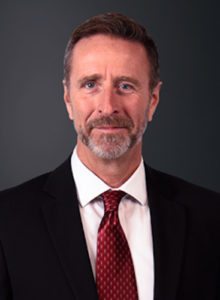 Paul began his career at Health Canada in 1986, in informatics. He then moved on to health systems management and assumed progressively more responsible jobs, eventually leading, as Director General, a number of business units. From 2007-2008, Paul was with the Privy Council Office’s Operations Branch, where he worked on a wide range of social policy issues. Paul then joined the Health Environments and Consumer Safety Branch at Health Canada as Assistant Deputy Minister from September 2008 to January 2011. From 2011 to 2013, he was Assistant Deputy Minister of the Health Products and Food Branch. From July 2013 onwards, he served as the Associate Deputy Minister of Health Canada and from October 2016 to January 2019, he served as the President of the Canadian Food Inspection Agency.

Over the years, Paul has served on numerous governing bodies, including the Board of Directors of the Queensway Carleton Hospital, the Mental Health Commission of Canada, Canada Health Infoway, the Advisory Board for the Canadian Institutes of Health Research, and the Queen’s University Board of Directors for the Centre for Water and the Environment. He has also been a member of the National Academies of Science in the U.S.A. and the International Joint Commission.

Paul holds a Master in Business Administration from Queen’s University and serves as the Deputy Minister Champion for Brock University.

The pivot to digital delivery is undeniable. And accelerating. As we focus on improving digital delivery we need to ensure we foster trust in the solutions being deployed. Building and maintaining trust must not be an after thought, it needs to be built in right from the start. A failure in one system will be felt by all. We are all in... voir plus