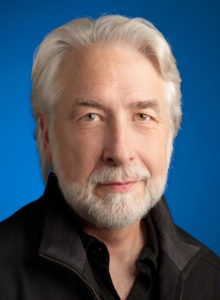 Richard Gingras is Vice President, News at Google. In that role Gingras guides Google’s strategy in how it surfaces news on Google search, Google News, and its smart devices. He also oversees Google’s effort to enable a healthy, open ecosystem for quality journalism, which includes Accelerated Mobile Pages, Subscribe with Google, the Trust Project and various other efforts to provide tools for journalists and news providers. In March 2018, Gingras announced the Google News Initiative, a global effort including $300 million dollars to elevate quality journalism, explore new models for sustainability, and provide technology to stimulate cost-efficiency in newsrooms. Richard has been involved in digital media since 1980 or as he once put it “since the days of steam powered modems”. He helped found Salon.com where he once worked with Pulitzer Prize winner Glenn Greenwald and has worked at Apple, the @Home Network, the Excite portal among other digital ventures. He also serves on the boards of the First Amendment Coalition, the International Center for Journalists, and the Shorenstein Center on the Press, Politics and Public Policy at Harvard.

Media and Democracy in a Divided Society

The Internet has enabled people to affirm their own biases, to slip into alternate fact-based realities. How might journalism, political leaders, tech platforms address these challenges?