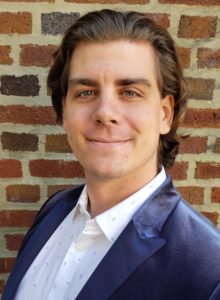 Ryan Zirngibl is a Data Scientist at the Mayor’s Office of Data Analytics. Coming from a family of public servants, he has a passion for using technology to improve government services and to understand the problems that New Yorkers face every day. In his current role, Ryan has built data products and led analyses to advance a more equitable and effective NYC in areas such as economic development, housing, public safety, human rights and emergency response.

Prior to his time at MODA, Ryan worked as a Data Scientist at the Fire Department of New York, where he developed Firecast, a predictive model that allocated uniformed fire inspectors to buildings with the highest probability of experiencing a fire event. Implementing Firecast resulted in a 20% increase in the number of fire and life safety violations written during inspections.

Outside of work, Ryan enjoys watching and playing sports, expanding his collection of niche NYC facts, and singing the incorrect lyrics to his favorite songs. He holds a degree in Physics from the State University of New York at Plattsburgh.

“Your team is like the SEAL Team Six for data.”

The New York City Mayor’s Office of Data Analytics (MODA) history is filled with stories of responding in times of crisis and emergency over the past decade. Join New York City’s Chief Analytics Officer Kelly Jin and Ryan Zirngibl, MODA Data Scientist, to hear stories and... voir plus