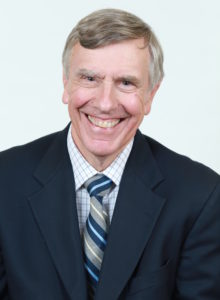 Toby Fyfe is President and CEO of the Canada-based, not-for-profit Institute on Governance. He is focusing with his team on providing support to government institutions and leaders as they respond to the challenges of public sector governance in the 21st century.

Before assuming this role, he was Vice-President of the Learning Lab at the IOG where he led the IOG’s public sector leadership and capacity-building programs and courses providing tools for, and insights to, executives and officers at all levels of government.

He spent over twenty years with the government of Canada in central agencies (Privy Council Office, Treasury Board of Canada Secretariat) and government departments. His last post was as Assistant Commissioner, Corporate Services at the Office of the Commissioner of Official Languages.

Before he joined the Institute, he worked with the Commissioner of the RCMP on a change initiative.

Toby was an Adjunct Professor of Communication at the University of Ottawa and was editor-in-chief of Canadian Government Executive magazine for five years.

He was a broadcaster with CBC radio and television for 17 years where he produced programs such as The House, Cross Country Checkup, and the first commercial-free version of Ottawa Morning.

He has an MA from the University of Ottawa and has attended the Harvard Kennedy School Executive Education program.