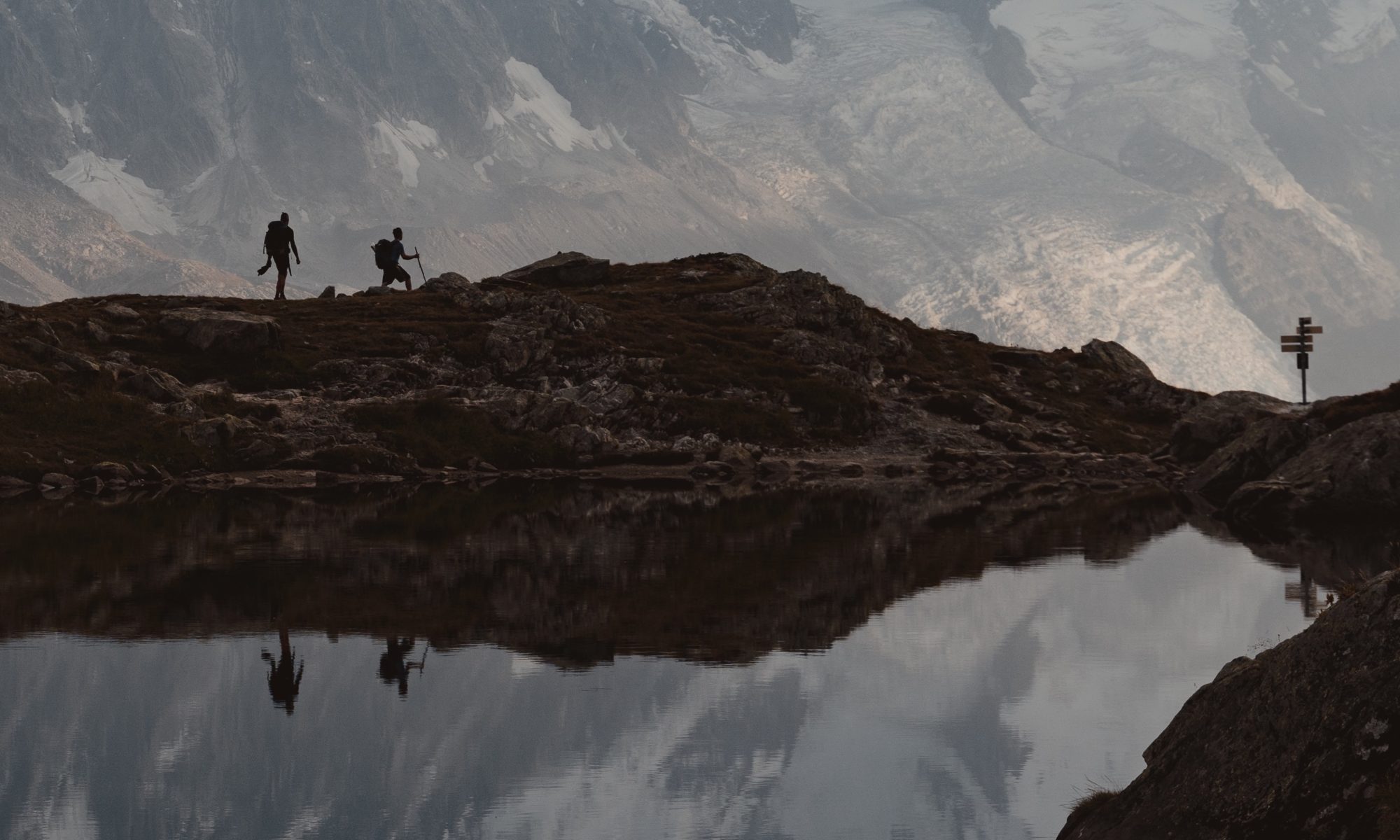 Paul and I had a chance to talk about leadership in the public service, particularly given how the country has mobilized to handle COVID.

[In this post, I’ve edited some of Paul’s sentences for readability while trying to preserve the intent and meaning of his words. Please refer to the video of the conversation for the exact wording.]

Hundreds of thousands of federal employees had to work from home, even as the country built emergency relief benefits and rolled out healthcare infrastructure:

“A lot of people ask me, ‘how did you move the government so fast to digital, with everybody working remotely?’ The numbers are kind of staggering. [Before COVID] we were doing maybe a million minutes of phone calls a day. That jumped to five million minutes in an average day today. We had almost nobody using [Microsoft] Teams; now, virtually every public servant is able to work remotely.”

Paul used “snow days” to put this in context: “You know, on an average day when there was a snowstorm in Ottawa, we’d have maybe 40,000 public servants working remotely. Today, any public servant who needs to be able to work remotely can do so. That’s 400,000 public servants, probably between 200,000-300,000 concurrent logins. [In SSC] we don’t talk public servants, we talk connections. The numbers are just staggering in terms of that shift and how quickly it happened.”

But this isn’t about technology, or scaling. It’s about the leadership it took to make this change happen almost overnight—and why we don’t move that quickly in regular situations.

“The technology is impressive,” said Paul, “but it’s our ability to adapt and cope as human beings that I think is the leadership element of this change.”

Have a plan, and accelerate

One reason for the success of Canada’s COVID infrastructure response was that government knew what it wanted to do. There was already a strategic plan (dubbed SSC 3.0) that outlined the increases in network capacity, the addition of collaboration tools, the health of remote employees, and more. When the crisis hit, as Paul puts it, “we didn’t say, what should we do? We doubled down on our plan.” The technology was cool—but it was having a plan that meant government wasn’t flailing about in analysis paralysis.

But that plan was almost inexorably slow. “We had a plan to roll out [Microsoft] Office 365 and Teams over three years. [In COVID we shrank that to] a six to seven week plan. We had most of the people that needed it within about five weeks. We stood up an accessible web-based platform within days that had hundreds of thousands of public servants on it, and then moved to secure environments. It went from years to weeks, literally.”

Instead, SSC worried about execution risk. “If the Public Health Agency and Health Canada didn’t have the tools they needed, how could they manage the pandemic and lead the country? We were focused on what we could do to give them what they need. What’s the cost, and how do we execute? And that was a game changer.”

Why, I wondered, do organizations tend to downplay execution risk? Is it that inaction is harder to blame someone for in hindsight?

“I think it’s a false sense of security: ‘Give me the plan, make sure it’s perfect, tell me the budget, don’t deviate from it. And if you do, my gosh, Paul, we’re going to bring you back and hold you accountable. You told us it was going to take three years and cost X, and you can’t deviate from that.’”

Instead, Paul said, “I don’t know how long it’s going to take, but I’m just going to start doing it.” It wasn’t perfect. As you’ll see in the video, Paul went into a great case study about how the teams kept incrementally improving the network.

But if all this is possible, why aren’t public servants held accountable when they wildly over-estimate the cost and time involved in something? Is doing things faster setting a precedent against which future efforts will be measured?

“It really comes down to understanding the appropriate level of risk to be managed,” said Paul. “If you’re doing a gigantic data center maintenance, you’re going to plan the bejesus out of that. You’ve got one shot to get that thing right, so like in woodworking, you measure twice and cut once—because you don’t want to screw up that piece of wood.”

But if the main risk is not being able to execute quickly and efficiency, planning everything in advance may not be the right strategy. “The failure of leadership,” said Paul, “has been not asking, what is the thing that is most critical that we need to focus in on? I’m not writing blank checks—this still has to be a good value for the Canadian taxpayer—but that wasn’t what we started with. It was how quickly can we do it? Then it was how much is it going to cost? And finally, How confident are we it’s going to work?” The team would put all that together and make a decision.

Now we have an undo button

Underlying all of this is a fundamental difference in digital service delivery. Because digital is different in ways we haven’t really internalized in our decision-making. Take, for example, a person writing a letter.

With an old-fashioned typewriter, you choose your words carefully. It’s hard to go back; you don’t want to spend precious time dabbing the paper with correcting fluid. But with a word processor, you can type freely. You can copy and paste, experiment, move things around. Digital gives us an undo button. This makes the cost of experimentation much lower in the digital world than in the physical one, and we need to recalibrate our understanding of cost, schedule, and execution risks.

Fortunately, it only takes a taste to change the culture. “We weren’t spending big dollars every weekend trying to see what we could do, and once we saw what we could do, it became kind of addictive,” said Paul. “As senior leaders, we have to accept that maybe we haven’t been paying attention to the right things.”

What about when the metrics aren’t as clear?

Bandwidth is clearly measurable and incrementable. You can improve things gradually, and the improvement is counted in latency and throughput and number of connections. But few services are this clearly measured, and often teams will game the measurement. How important are the right metrics?

As Michael Harris and Bill Tayler caution in their HBR article Don’t Let Metrics Undermine Your Business, “a company can easily lose sight of its strategy and instead focus strictly on the metrics that are meant to represent it.” This is because metrics are an imperfect way to measure the success of a strategy—they’re at best surrogates for your intended goals. Harris and Tayler provide an example:

“If success at the objective is measured by the number of customer returns, the production manager might find creative ways to avoid returns.  For example, he or she might connect directly with the purchasing departments of clientele, offering to personally handle any product concerns so that returns are registered as rework rather than returns. Or the manager might be willing to gamble a bit, pushing beyond acceptable (or even safe) quality standards, knowing that while the lower quality will increase the likelihood of a return, it may not actually trigger one.”

I asked Paul how important analytics and metrics were to this faster, iterative, execution-oriented approach.

“That was what made it work. That was what would tell us whether what we did on a particular weekend was worth it. And that was what helped me calibrate the risk. It allowed me to say, you know what? We can take a little bit more risk because the feedback is good. Or to say, oh, that didn’t go so well. People are kind of frustrated. Let’s take a less risky approach this weekend. A large part of my job through all of this stuff was not technical—it was calibrating that risk.”

In this recalibrated world of execution risk, digital iteration, and rapid delivery, Paul lists four key factors to which leaders must aspire:

Did it work? “We gave them the parameters to work within and we let them go,” said Paul. “And you know what? My employee satisfaction surveys are through the roof. People are doing what they want to do, what they love.”

Do leaders understand the new risks?

Many public service leaders have a background in policy. But in digital, operations matter.

Paul credits this approach to making things more predictable. After a while, his team knew how he was going to react to the data, what he was going to say, and where they needed to go. Which made them more empowered. They’d say, “‘don’t bother Paul. We know what he’s going to say. Let’s just do it,’ which is great.”

How should leaders factor in tech advances?

We also discussed the inexorable advance of technology, and keeping up with user expectations. After all, when a new feature (such as smartphones) becomes commonplace, a previously convenient system (such as a fax machine) quickly becomes an annoyance.

Paul had a great example from his past work in the Canadian Food Inspection Agency, a Federal regulator, before Uber was formally allowed in most cities.

“I used to ask folks, ‘how many people took an Uber?’ All the hands in the audience went up, so I’d ask, ‘It’s unregulated and you’re a bunch of regulators. Why are you doing that?’ It’s because they trusted it. Why did they trust it? Because they could see the star rating of the vehicle that was coming to pick them up. And they trusted other people to make sure that it was good. It built trust, and that trust displaced the regulatory system. That’s the power of technology, and we have to understand what can happen as we move through these things. We can’t be complacent because we are the federal government, because we are the regulator, because we are the policy leader. There is this opportunity for a kind of positive disruption, and I think it boils down to: What builds more confidence in the user? What’s centered around their experience? What will they put their faith and trust in because they understand it better? They understood that star rating, and they understood where it came from because they rated something themselves. That made them confident, and so they didn’t worry about the regulatory system.”

A few other great quotes stood out for me from this conversation:

Ultimately, this conversation has vital lessons for any digital leader, in or out of a crisis:

Check out the full interview for a refreshingly blunt behind-the-scenes look at Canada’s COVID response, and what it means for leaders in the new digital reality.

Documents referenced by Paul Glover can be found here: