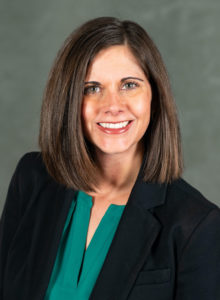 Cori Zarek works on technology and policy projects with a goal of helping governments better serve the public. She is the Director of Data + Digital at the Georgetown Beeck Center for Social Impact + Innovation and previously served as the Deputy U.S. Chief Technology Officer.

Before launching this project, Cori led the principles and practices work for Code for America and was a Mozilla fellow. From 2013-2017 at the White House, Cori advised the U.S. Chief Technology Officer and led the team’s work to build a more digital, open, and collaborative government including helping to stand up and support the U.S. Digital Service, 18F and the Presidential Innovation Fellows. Cori also led the U.S. government’s development and implementation of commitments to the Open Government Partnership.

Previously, Cori was an attorney at the U.S. National Archives, and before that, at the Reporters Committee for Freedom of the Press where she worked on free press, free expression, and freedom of information issues. She has consulted on civic tech, tech policy, press freedom and freedom of information issues with leaders in countries around the world and teaches First Amendment law as an adjunct professor. She is the President of the Board of Directors for Muckrock, a nonprofit, collaborative news site in the U.S. that promotes transparency for an informed democracy, and also serves on the Advisory Council for the International Center for Not-for-Profit Law.

In this session you’ll hear about how and why the first... read more