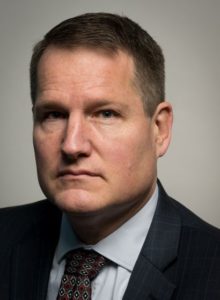 After graduating with a Master’s Degree in Philosophy, Dugald Topshee translated his passion for information technology into a career as a computer programmer. He started his career in the telecommunications space, working for British Telecom in Europe and then Nortel Networks in Ottawa, Canada before striking out on his own.

Dugald founded his own consulting company in 2001 that specialised in applying XML technology to business process automation. His company, Phrontisterion Incorporated, spent several years developing solutions for public and private sector organizations of various sizes and in various countries.

In 2008, Dugald was offered a job with one of his company’s former clients, the Department of Justice Canada, and he has spent the past ten years moving through a variety of positions of increasing authority at this Department, culminating in his most recent role as Chief Information Officer.