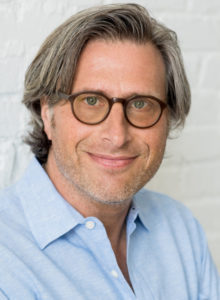 Michael Solomon is co-author of Game Changer: How to be 10x in the Talent Economy and the cofounder of 10x Management, the world’s first tech talent agency. 10x matches top contract technology experts, designers, and brand innovators with companies ranging from startups to the Fortune 500. Customers include American Express, HSBC, Google, Verizon, Yelp, and more. He is a recognized expert on the freelance economy and its growing impact on business and has appeared on numerous media outlets and at conferences, including CNBC, BBC, Bloomberg TV, NYU, and SXSW. Solomon also leads, with his longtime business partner Rishon Blumberg, the first-of-its-kind compensation negotiation service catering to senior tech talent, called 10x Ascend. Ascend’s mission is to help senior tech talent obtain the best compensation packages possible. The two also oversee the respected talent management and entertainment consulting company Brick Wall Management, whose clients include multiplatinum and Grammy award-winning recording artists, songwriters, top record producers, and filmmakers. Michael also co-founded Musicians On Call, a nonprofit that brings live music to over 700,000 people in health care facilities across the U.S. and remains an active member of its Board of Directors.

Every organization is in need of doing more with less. The key to succeeding with this is hiring the best and brightest aka 10xers. These are people who provide exponential value compared with their peers. As a group, they have different needs and wants than their predecessors and the companies and governments who want to attract and retain these super talents, need to customize their offerings... read more